So here we go again.

Just a week after the first tournament… back with #2 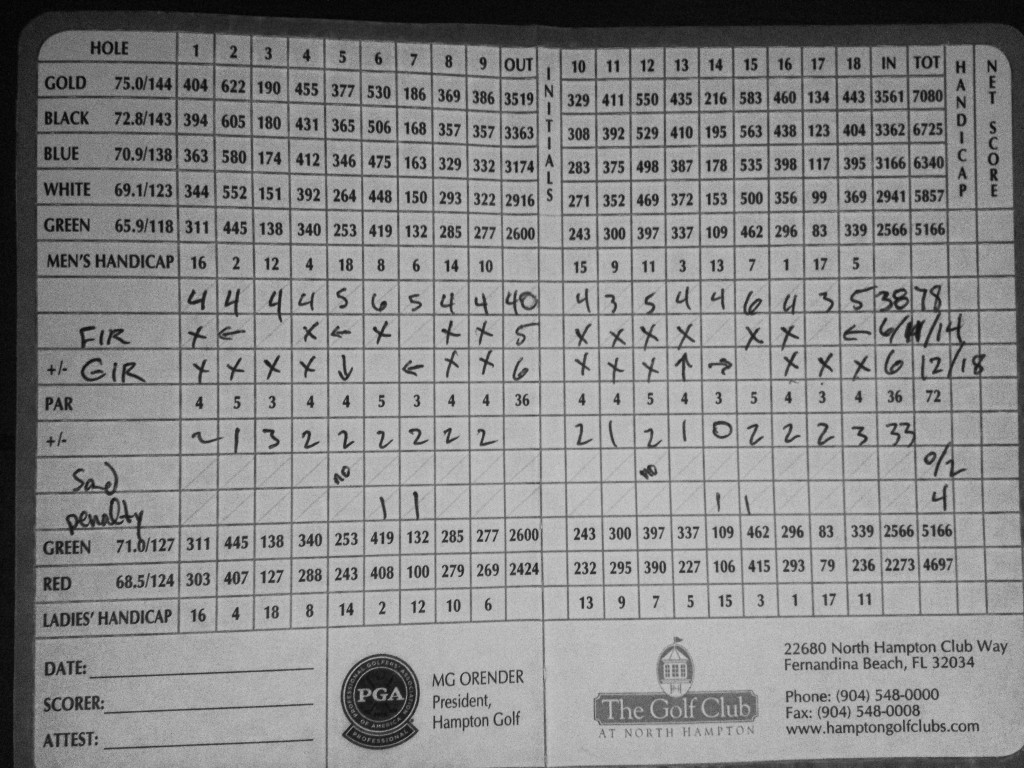 I’ve got to say playing in tournaments is really fun. Having to perform under pressure and put all those hours of practice to good use. I’m definitely not going to stop because I see the potential and progress I’ve already made.

First off I struck the ball great. I played “better” than the previous tournament and gave myself at least 6 great birdie opportunities mid way through the round. I had a good mental attitude and really stayed committed. One of the things I’m continuing to work on is staying aggressive. Not with the shots but swings. Making sure that each time I let go of the results and give a reckless swing toward the target.

Here are the Problems –
4 balls in the water. 2 just bad bounces and 2 poor swings at bad times.

Poor putting. For some reason my practice putting strokes just aren’t translating to tournament rounds. Mentally I feel like I’m there but the stroke isn’t performing.
For instance on the last hole I had a 45-50 foot putt which was relatively straight… down through a valley and back up to a plateau. I hit the putt and it came off directly right ending up 10 feet right of the hole. Not where I aimed and certainly not my intention.

I’m going to be trying to figure this out of how to translate good putting from practice rounds and the practice greens to tournament situations.